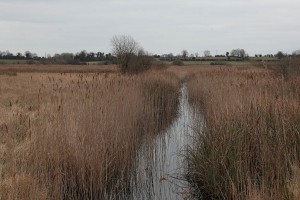 Pollardstown Fen is the largest remaining spring-fed fen in Ireland and is a very important site, nationally and internationally. It is an alkaline, calcareous fen that is fed by calcium rich water from over 40 water springs which originate from the Curragh aquifer.

It is a post-glacial fen which began to develop approximately 10,000 years ago when the area was covered by a large lake. Over time this lake became filled with dead vegetation which accumulated and eventually turned to fen peat. The calcium rich water found here prevented the usual change from fen to raised bog and continues to prevent this process today.

The fen is largely composed of reedbeds, freshwater pools, patches of scrubland and a large woodland area that lies at the western end of the reserve. The site also contains a priority habitat, calcareous fens with saw sedge, a fen community only described in Ireland and northern-West France! It also contains the priority habitat of petrifying springs with tufa (a rock type) formation, as well as many non-petrifying springs.

The site, which was designated a nature reserve in 1986 is around 188 hectacres in size. It has been designated as a special area of conservation (SAC) under the EU habitats directive, and an internationally important wetland and a Council of Europe biogenetic reserve due to its uniqueness and the flora and fauna it supports. 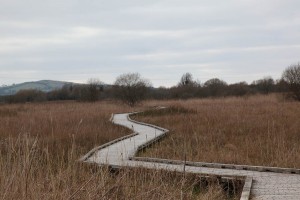 Birds that you may see there:

Other wildlife that can also be found at the site include:

View map and get directions.